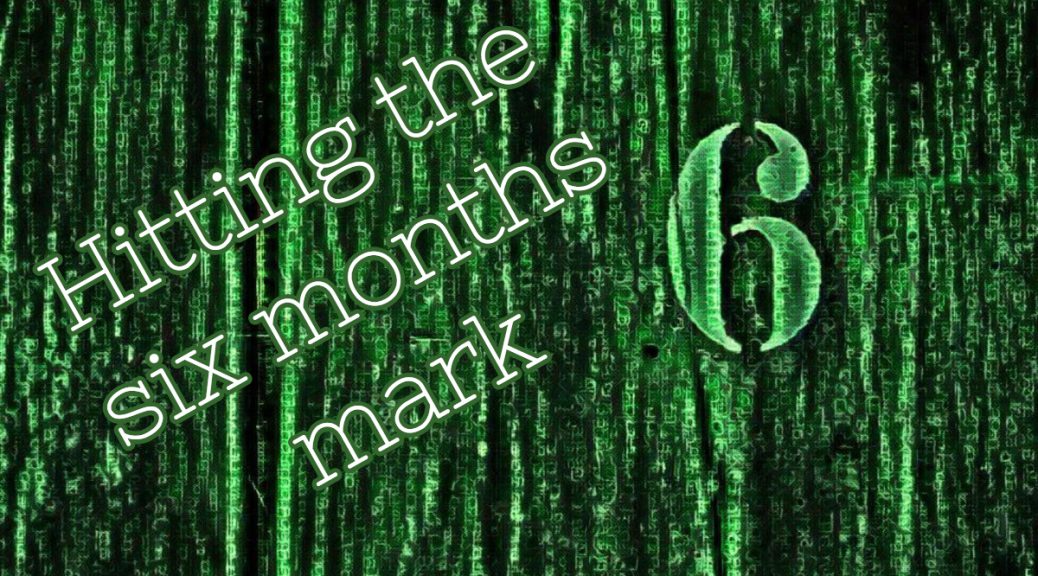 To be totally honest I wasn’t sure if this day will come. But it did, so I can peacefully write it down:

I am six months into blogging.

Maybe it seems like not a big deal to you, but it is huge for me. I am a recovering procrastinator and a serial quitter. Back in last September when I published my first post with trembling hands I was a total noob. Wrote a mini CMS before, just for fun (and for some side money) but never spent more than 5 minutes in WordPress. Never used social media accounts. And last but not least I have never published anything online, especially not in English.

Now, six months later, I am confident with using WordPress, configuring plugins, messing around with domain names, hosting settings and even with the source code. As an IT guy, this shouldn’t be a big surprise, actually, it would be a shame if I don’t.

What is even a bigger achievement for me, is that I get along with Twitter, my first and only social media account. Maybe I dare say I like it. The rest of the social media platforms are still “terra incognita” for me and I am ok with this situation for now.

Still, the biggest win for me is that I managed to write some articles which entertained, educated or forced people to think about the topic. And most importantly in a way that they understood what I wanted to say. For a not native speaker, like me, this was a big challenge and a great exercise. (Fun fact: wrote roughly 30k words)

When I see this kind of reports from other bloggers they always publish some numbers. I did too when I was three months into this gig and struggled with doubts. So let’s see the progress. Also, summarize the wins and fails.

The only thing I regret is that I did not create enough new content. I had some personal barriers, but still, this is not a good excuse. The struggle of finding the time to write is still there, but I have to be honest with myself, I was not able to sacrifice family time for blogging. Not sure where that leaves me, but while blogging is a helluva fun cannot beat playing with my kids, reading bedtime stories and watching them fall asleep. I would sacrifice becoming the most successful blogger at any given time for being just a moderately awesome dad.

That’s it for today, let’s review the things above in three months.

Thank you all for the encouragement and the kind words! You are awesome!