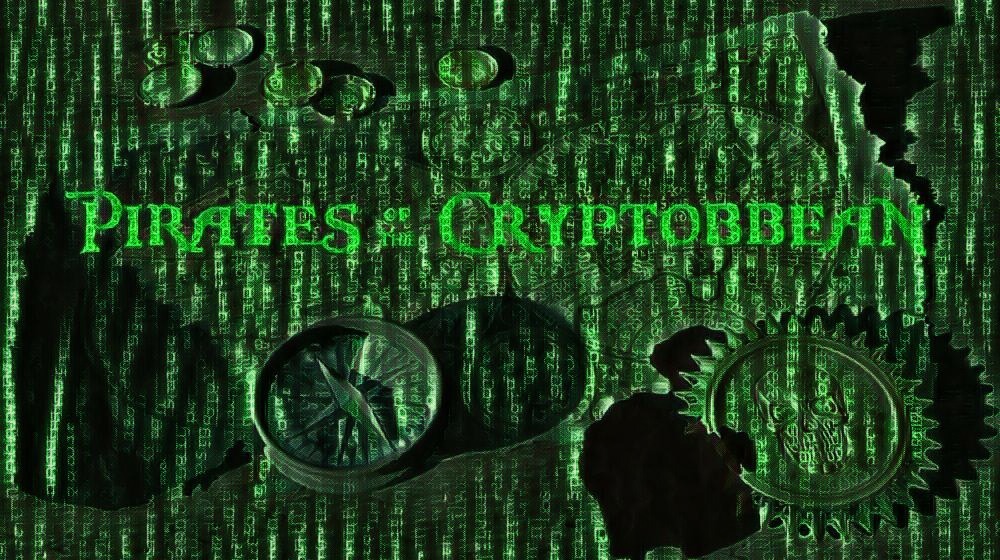 You probably came here for some funny stories about Jack Sparrow and his homies. I have to tell ya, that you will have no luck this time as the title is just a (shark)clickbait. Unfortunately, this situation depicts the actual crypto world more accurately than you would think. Most of the people who venture into this strange land of uncertainty are daydreaming about the romantic, entertaining, happy ending stories. But I have to tell ya, there lies more under the surface. This dreaded battlefield is much darker, more contradictional, full of blood, treachery, and conspiracy. Very much alike the Caribbean sea was in the real Golden Age of Piracy. So, avast ye. Let’s head to the crows nest and hoist the Jolly Roger! We’re setting sail for the Cryptobbean sea!

I bet you now think that this guy went crazy. I assure you this is not the case. After examining the crypto topic for a while and reading the good, the bad and the ugly, I wanted to put the things into a different perspective. There are typically two types of articles. The ones which tell you that crypto is the new black, and you just cannot ignore it because that is the holy grail which will evolve the financial world into its next level of existence. Oh and of course that you have to jump on the bandwagon, otherwise, you are damned and will remain in the stone-age forever. The other side is where everyone tries to emphasize the values and the rock-solid belief in the current financial system which permeates the economy of the world. These people tirelessly reminding you that this crypto phenomenon is just a mirage, a house of cards, a Ponzi scheme brought to you by the Devil himself (or worse).

It is extremely hard to decide which side is right and which is wrong as the waves of information are so contradictory. If you ask me (maybe you are not, but I will tell you anyway), both and neither. To better understand my standpoint lets wrap up the facts a little bit (and don’t forget to start the background music :)).

If you have ever held a glass in your hand of the golden liquid called, Original Spiced Gold then you have already met his name. The good ol’ Henry Morgan is grinning at you from the label with his badass smile. He is probably the most famous pirate who ever sailed the Seven Seas. Why is this relevant, you may ask? Well, me hearties, there is an equally famous, legendary and even more mystical “captain” on the Cryptobbean sea. He is called Satoshi Nakamoto. No one knows who he(or she?) really is, but he was the one who published the source code of the first cryptocurrency and wrote his famous whitepaper “Bitcoin: A Peer-to-Peer Electronic Cash System” on 31th of October in 2008. He sounded his voice a few times since then and faded into the mist again.

There are multiple gossips in circulation out there about his identity. My favorite prospect is Nick Szabo, and not just because he has Hungarian blood in his veins too. He is an extremely smart cryptographer, a true believer, supporter and influencer of the crypto tech scene. If you want some proof of these statements just check out this interview made by Tim Ferriss, or read this very interesting piece from him, called Shelling Out: The Origins of Money. I think no more words needed on this, so let’s move on.

Just as centuries ago on the Caribbean there is a raging war on the Cryptobbean sea these days. The opponents are all over the battlefield. At one side, like the navy in the old times, there are the authorities who are fighting against the whole crypto phenomenon. They try their best to ban, regulate and hamstring the other players in the game in the interest of guarding their estates (fiat currencies and the ruling financial system) and keep their valuation intact.

Then there is the other side, the pirates of the Cryptobbean. You may incorrectly assume that they are all the same, but alas, not all kind of pirates created equal. There are at least three groups we should distinguish. 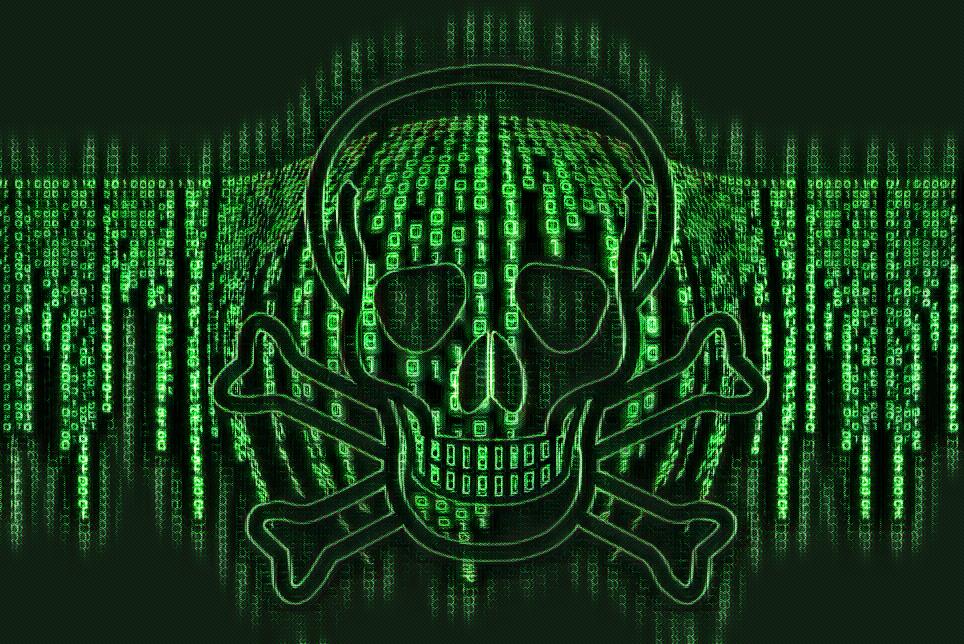 Back in time, they were private persons with ships, often ex-soldiers, semi-employed by one of the great empires. They had the so-called letter of marque, which encouraged and allowed them to attack and capture enemy ships and take them as prizes.

In terms of the modern crypto world, I see them as the perfect analogy for the numerous developer groups and their organizations. They take the original idea of the blockchain and build new solutions on it. Despite they are following the rules (especially the codex) and laws they are fighting both against the authorities and each other in hope of the greater profit. Just like in the old times there are completely law-abiding ones but there are also profit-seeking, bloodthirsty bastards amongst their ranks.

These rugged, tough folks were selling their services to the highest bidder and had no regrets (and probably no soul). They were plundering coastal towns, took their possessions and often burned them down.

I recognize these people these days as the swindlers of the crypto world. Seemingly they are similar to the previous group but have no ethics and nothing valuable to show up in the end. They are the ultimate scammers, who have the only intention to rip you off through fraudulent products, Ponzi schemes, and worthless ICO-s.

Finally, the Barbary privateers belonging to distant and unknown empires. They were dreaded as they did not know mercy or law besides their own. Calling a privateer on this name was a huge offense so you could guess the nature of their reputation.

Nowadays these are the often mentioned hackers, who does not sow just harvest. They are tirelessly searching for the security holes of exchanges, online wallets, and any other opportunities to take advantage of the anonymity and the irreversibility of the crypto transactions. They are heavily responsible for the lack of trust in the crypto assets. 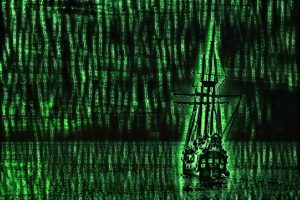 This was the name of the flagship of the aforementioned Captain Morgan. Needless to say, this is the Bitcoin in our little analogy. The first and most well-known cryptocurrency in present existence. It is not the fastest and far from perfection, has its struggles and hardships, but there is a crew onboard working tirelessly at the pumps to expel the water leaking into the ship. Seeing their endeavors we can still state that there is hope that these technical improvements will bring back the glory of Bitcoin, beyond its current hyper-volatile speculatory nature.

This name probably sounds familiar to most of you. It was the flagship of Edward Teach or better known as Blackbeard. Despite I cannot point a single similarity between this dreaded pirate and the weird young Russian genius, Vitalik Buterin this ship symbolize Ethereum in our little story. It follows closely the former one in popularity but in some aspects, it is a totally different animal. Bitcoin was developed as an alternative to old-school money. Ethereum is more of a platform which provides a programming language which enables the creation of smart contracts/applications and fuels the ecosystem with its own currency (Ether).

Now you have the basics. The table is set. The battle is on. I do not fool myself or anyone else telling I have the slightest idea who will win or survive at least this battle. Of course, will not close this article without some thoughts on the outcome. As I told that I cannot see the future, I will only paint a picture for your mental eyes about the fate of these iconic leaders. I truly believe that it depicts the possible outcomes pretty accurately.

Henry Morgan fought a lot of battles. won and lost, arrested and escaped, paroled and even had a semi-legal political career in the New World. Lived a very controversial life but finally, he was defeated by his own demons. A licentious lifestyle packed with gambling and heavy drinking made him walk the plank of his own ship of life.

Blackbeard had his share of battles and wrangles with the law, but unlike Hanry Morgan, he fought until the end. After the Queen Anne’s Revenge run aground a sandbar and appeared to be damaged beyond repair he made the Adventure his flagship and returned to piracy despite receiving a pardon. The death came for him in the name of Lieutenant Robert Maynard, who chased and defeated his team using deception. He fought with all his power, but soldiers outnumbered him. Later they examined his corpse, noting that it had been shot five times and cut about twenty. What a spirit.

Ching Shih’s story is a little bit different. It could be an early retirement success story by itself ( shout out if you want to hear her detailed tale 🙂 ). Her story started in China where she worked as a prostitute then married to a well known pirate captain. She took part in the family business and after the death of her husband, she emerged into the leading position. Under her government, the Red Flag Fleet became unconquerable and was thriving. Whole empires feared their power. Long story short she was offered and accepted an amnesty later and became one of the few captains who retired from piracy. She was accepted and granted privileges by the government and lived happily ever after. Ok, not forever, but unlike the others, she died in bed surrounded by her family.

All of these three outcomes are (were?) possible at this (some?) point. As someone who is charmed by the idea of financial independence and early retirement, I feel obliged to put my bets on the latter one.

So, me hearties! What do ya think? How will the story of the Pirates of the Cryptobbean come to an end? I bet we will see a lot of keelhauling amongst them. There will be led few mutiny where the captain will walk the plank. Of course, many of them will be captured and dance the hempen jig or rest in Davy Jones’s locker. But how many will become like Madame Cheng? Please share your opinions in the comments below (and don’t shy away from revealing your rank, ranging from “landlubber” to “old salt”).

12 thoughts on “Pirates of the Cryptobbean”