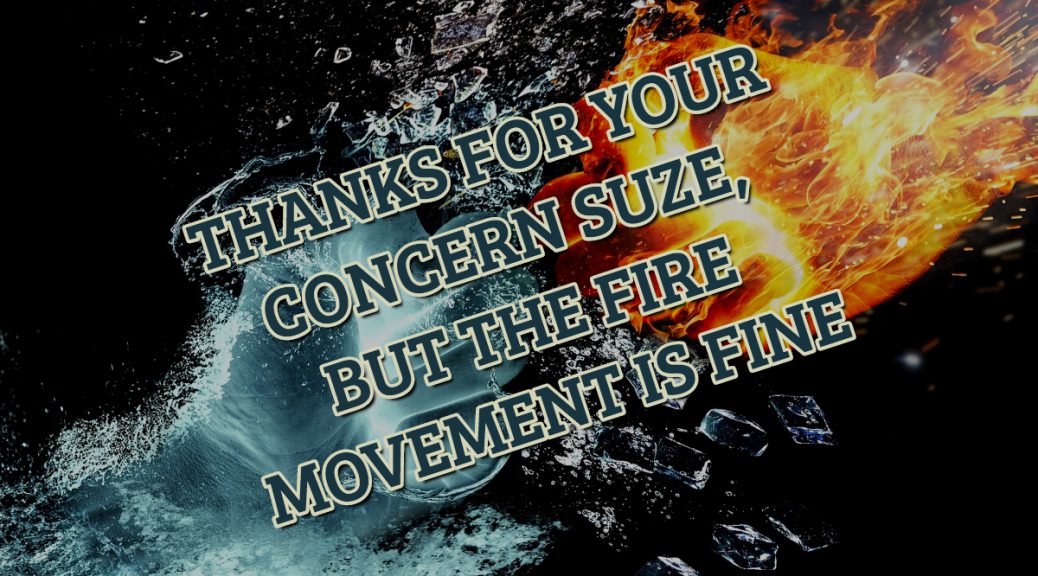 Seven years have passed since Pete Adeney alias Mr. Money Mustache started his blog and Mustachianism was born. He was not the one who started the FIRE movement itself but definitely brought the idea to more people than anyone before. The roots of the concept of FIRE are older than many of us imagine. It is not a new invention, but only the recent years brought higher popularity and broader media coverage. Like all other great movements, it also had its enemies. Naysayers, complainypantses, and trolls were everywhere. They are still out there but there are followers at equally huge numbers. And as the world changes our numbers are increasing.

The circumstances, the world order we are living in made necessary for most of us to start searching for answers. Basically, it pushes us into a financial awakening. At least the ones who are NOT willing to become/remain slaves of the system (at least not for many long decades). The ones who have open minds and constantly searching for the opportunity to become a better version of themselves and optimize their (and their loved ones) situation as much as they can. These everyday heroes are walking amongst us and I honestly think that they will make this world a better place.

As someone who is a big fan of low information diet, I wasn’t aware of how mainstream media presents this phenomenon to the masses. Then the other day I read this article from Liz over at ChiefMomOfficer.com. It seems media still want to alienate people from the idea that they have a choice. That they have many options and many paths which they could follow. Then I get to know from the Mad Fientist that a documentary is on its way to introduce the concept of FIRE to the people. Can’t wait watching it and to see the effect.

Same time it seems that even oceans of water cannot stop the spreading of FIRE. On the other side of the pond, here in our beloved Europe, the warriors of FIRE started to gather under the flag of Mr.RIP to bring the European Codex of FIRE into existence. We are joining our forces to gather all the information from all corners of the continent which could help anyone to improve his/her financial situation and kick off the journey towards a happier life packed with freedom and joy. It will require a huge amount of work but we will do our best to make it happen. As they say, “nothing worth having comes easy”. 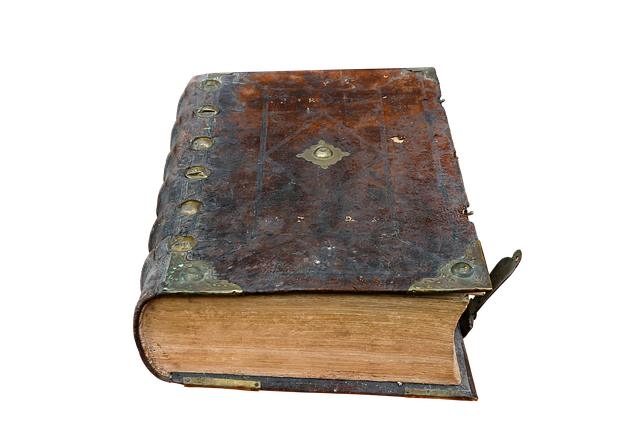 And finally, after becoming so energized and optimistic by these news, the internet (ok, maybe not the whole internet but our corner definitely) was blown up by Paula Pants latest podcast episode in which she interviewed Suze Orman about her thoughts on the FIRE movement. It turned out that she hates it. She hates it, hates it, hates it. If somehow you did not hear it and you don’t believe me check out the episode yourself.

Needless to say, I got pissed off. I am not that kind of people who spend their time engaging in catfights in the virtual space but this time I felt the urge to jump into the pit. I even shared the link on Twitter and added a very “clever” and “funny” comment, saying “Suze is totally right. If you are a person who understands the FIRE concepts as good as she does it would be the worst idea to pursuing FIRE”. 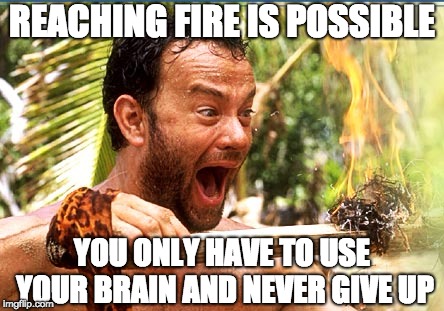 Shame on me, the truth is that before I was listening to this episode I had no clue about who is Suze Orman. I heard her name a few times but was not even aware that she has anything to do with finance. I thought she is just another celebrity whose opinion is important to the brainwashed masses. Then I realized that if I would follow this path I could end up hate talking about a person whom I know nothing about.

Exactly as she did with the FIRE movement.

FIRE in my eyes

For anyone who is familiar with the concept, it was shining through the interview that she knows the world and its financial problems very well but she doesn’t get the concept in its wholeness. Thus I keeping myself to my tweet. Any Average Joe who only understands that reaching FIRE is a three-step process (work hard, save and invest, create a portfolio of one million dollars or 25x annual expenses and you are done) should not jump into FIRE with both feet because he will “burn alive” (at least he died trying).

FIRE is not a one-size-fits-all recipe and comes in many flavors. It is as unique as we are. There is a big chance that my path and my journey will be very different from anyone else’s. Even for a single person, there are many paths which could potentially lead to their goal. Following the FIRE movement does not mean that you are joining a flock marching towards the same destination. It is about mastering the tools and concepts which helps you analyze the world you are living, examining your current situation, designing a better version of your reality, and putting together a plan to get there.

So who is Suze Orman after all?

As I am part of the FIRE scene only for a couple of years so far (mostly those years when she was in “early” retirement) and didn’t know much about her I did what anyone does when trying to find out something. Entered her name into Google and went to Wikipedia for the info. I will not echo here her life story but have to admit that what she achieved is pretty impressing. Writing and publishing ten books is a huge achievement alone. Successfully selling an idea for thousands of people is also a great achievement.

So what could we learn from Suze? Honestly, a lot. As someone who is walking on this earth for a long time and spent a significant part of that in the financial industry probably knows more about finances than many of us. Even the list of the potential risks she brought up in the interview is very legit. The problem was (as Paula summarized pretty good at the end of the episode) that she missed the point that the concept of FIRE contains the principle that you should include the handling of these risks in your master plan. You should be prepared for them. Even for the almost post-apocalyptic, AI-driven dark future, she painted so colorfully. If you don’t know where to start prepping let me help you 😉 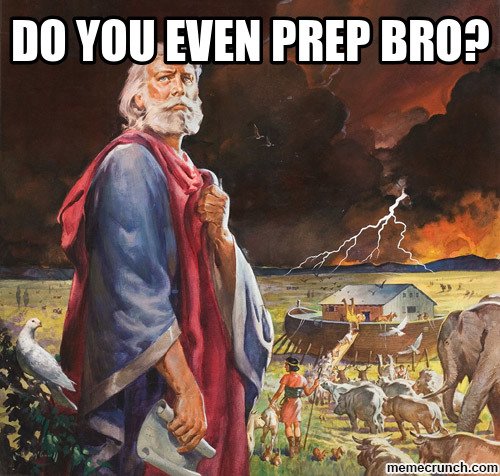 So why is she wrong?

I checked many comments in various comment sections and amongst the many many valid ones found the most appealing to me. There was one saying that she totally lost her connection with reality. Well, it is true and false at the same time. She lost her connection to OUR reality as hers is totally different. As I mentioned above, FIRE comes in many different flavors. Let’s pull out your spreadsheets about your NUMBER. Then find out how much does it cost to own a villa on a private island and change your housing costs to that. Replace your commute expenses with the cost of operating a private jet. Estimate a grocery budget of hers. If you do this all there is a chance that her NUMBER is much higher than the average folk’s and the 25x result probably will end up in those decamillions. But in the land of frugality, it just does not work like that. 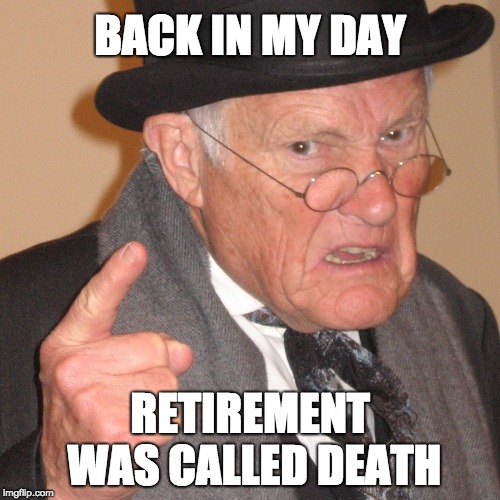 She designed a very luxurious lifestyle for herself and probably for her well of clients also. But this does not represent the average FIRE seeker. We are a very inhomogenous bunch of people. Some of us earn seven-figure incomes but some of us only lower five-digits. There are single folks, families, old and young people and all kind of humans from all possible genders, races, and religions. But these variables are all irrelevant. What determines your ability of reaching FIRE is your willingness to improve yourself and your desperation to follow the path which leads there. If you are continuously thinking about if you could reach FIRE you are pondering on the wrong question. The good ones are HOW and WHEN…

I also checked some blog posts about the topic. I tend to believe that J.D. Roth is right about her feelings. He wrote that “I think she feels threatened”. The FIRE movement is an organic, self-organizing thing. It has its heroes (and villains) but it does not need Suze Ormans to give you a one-size-fits-all type recipe to be financially successful. Especially if that includes spinning the hamster wheel into our seventies. The global mindset about how should we spend our working time is shifting. Deal with it. Also, as Early Retirement Dude pointed out wonderfully, throwing such a speech without backing it by rock-solid evidence besides her own thoughts is true irresponsibility. Like bringing a knife into a gunfight. Did you think that our legions of financial nerds will not go after you, call you out and tear your statements into pieces?

Some folks hate Suze Orman, some folks love her. Some got disappointed right now and some still agree with her. But who am I to judge people for this? Everybody has the right to have an opinion. So do I. So does Suze… Let me add one of her quotes here.

“Don’t let what others think or say get in your way; their actions reflect on them, not you.” – Suze Orman –

You see? She is not wrong in everything and can give you valuable advice indeed. So stick to that and don’t let what she thinks or says get into the way of your FIRE plans. Her actions reflect on herself not you 😉

Lastly, this is the final time for the mainstream media to kill not only the stereotype of the white male engineer as the only potential FIRE prospect but also the image of the lazy quitter millennial who is desperately searching for an escape from the hamster wheel while dreaming about sitting on a pile of money (by luck or windfall) at a sunny beach sipping margaritas and scratching his balls all day. Please start painting a more accurate picture about FIRE folks. There are hundreds of mind-blowing examples out there. You only have to reach out to them…

12 thoughts on “Thanks for your concern Suze, but the FIRE movement is fine”