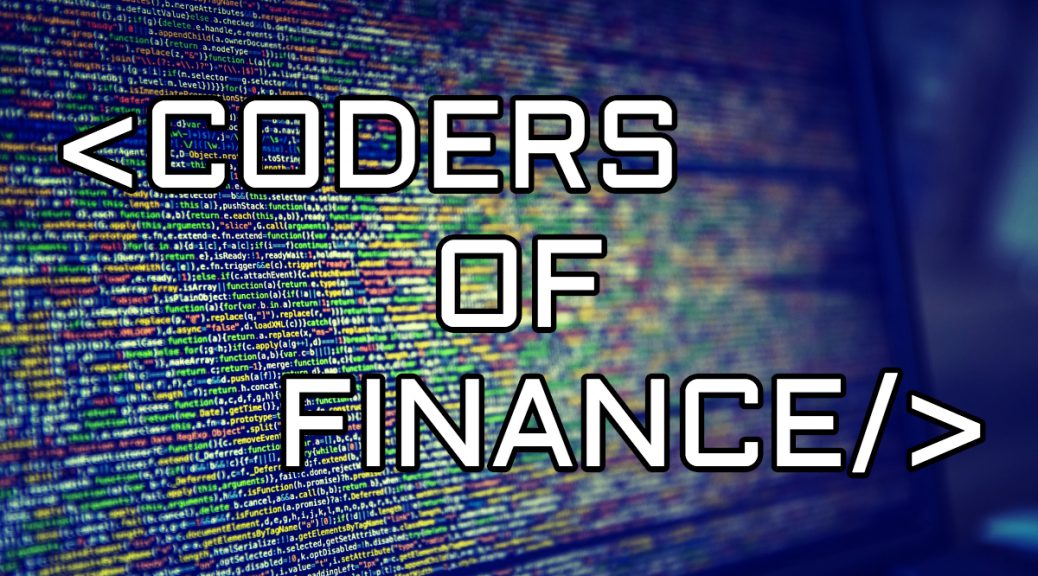 Welcome back, everyone. Today I will present you a long-awaited interview episode with no other than the creator of words, the trash talker, the opus writer, the incredible Mr. Groovy. Enjoy!

Tell us about yourself!

Hello. I’m a blogger who primarily blogs about personal finance. My website is Freedom Is Groovy. My wife and I started the blog in August of 2015 and we go by the monikers Mrs. Groovy and Mr. Groovy, respectively. We haven’t revealed our true identities in order to maintain a bit of privacy.

Tell us a nerdy secret if you have one

I’m 57 years old and I’m still intrigued by math. I have a Khan Academy login and I try to do one or two math problems a day. If Mrs.G. would let me, I’d like to take our country’s leading standardized test for college admission again, the SAT.

When was your first encounter with computing?

I was in college in the early 80s and my housemate was an engineering student who actually had a personal computer (very rare back then). I don’t know exactly what he did with his PC. It and the software that came with it was very crude. All I know is that he would use his PC to connect to our school’s engineering department over the phone line and our house phone would be out of commission for hours.

What was your first machine?

My first PC an Epson (yes, the company primarily known for printers used to make PCs). I bought it in 1986 or 1987, and the hard drive was only 20 megabytes. I couldn’t afford the 40-megabyte hard drive model. Oh, and I bought my first PC because I wanted to write a book.

Did you started with games first or jumped straight into programming?

I jumped straight into programming. I worked in a highway department and all the roads we maintained were cataloged in a Word document (we called it the “street dictionary”). Anyway, for a number of reasons I won’t detail here, cataloging our roads in a Word document wasn’t very practical. So I took it upon myself to manual type all the information from our street dictionary into an Access database. Learning Access databases led me to VBA and SQL, and VBA and SQL let me to C++.

What about education, was it related to computing, did you learn in a traditional way or something else?

I studied sociology, journalism, and public administration–nothing related to computers and programming. I got the database and programming bug in the mid-90s and I’m entirely self-taught. Back then I would just buy one database or programming book at a time and just plow through it.

What kind of degree do you have?

I have a BA in sociology, a BS in journalism, and an MPA in public administration.

When did you start to work? Was it in your field? How was it?

I got my first real job in 1986. As already mentioned before, it was with a highway department on Long Island, New York. I started off as a clerk in the personnel department and eventually got promoted to a construction inspector after passing a civil service exam. About three years into my construction inspector career, I was put in charge of rating all the roads we maintained. Part of this new assignment also meant maintaining the street dictionary I mentioned earlier, and the street dictionary proved to be the impetus of my IT career.

Oddly enough, I was the highway department’s IT for over ten years but my titled never changed from a construction inspector. My highway department didn’t have any computer or programming related job titles at the time.

After Mrs. Groovy and I left Long Island in 2006 and relocated to Charlotte, North Carolina, I got my first IT job with an actual IT title. I was a data analyst for a healthcare consultant and I mainly did what I did for the highway department–create and manage databases and write code.

What are your experiences about the industry?

I only worked formally in the IT sector for ten years. And I only worked for one company during that ten year period. And what pleasantly surprised me about this company was that it wasn’t a slave to formal credentials. Most of the IT people in this company had computer science degrees. But at least a third didn’t. All this company cared about were skills. If you had the skills, you would be hired and promoted. It didn’t matter whether you learned those skills in college or on your own. And just for the record, there were four guys at this company that I really looked up to. Their programming skills were off the charts. Two had computer science degrees and two were self-taught.

What is your current financial situation and what are your financial goals?

I am currently retired. Mrs. Groovy and I achieved financial independence in 2014 but didn’t retire until October of 2016. We wanted to make sure we entered retirement with a nice cushion.

Tell us about your journey so far?

For Mrs. Groovy and me, the key to achieving financial independence was getting out of debt and owning our home outright. Once you have shed the mortgage, the car loan, and the credit card debt, the cost of living is remarkably cheap, especially in the southern portion of the United States. When we became completely debt free and owned our home outright in 2006, we were able to save over half of our gross household income. Save over half of your gross household income for ten years and you’ll have a good chance of achieving financial independence–providing the stock market doesn’t frown on you, of course. Another key was finding contentment in the ordinary. If you need fancy cars, clothes, electronics, and vacations to secure happiness, you’ll have a very difficult time-saving money and achieving financial independence. Don’t’ get me wrong. Mrs. Groovy and I appreciate fabulous stuff just like everyone else. In fact, we’re spending five weeks in Australia later this year. But we get just as much joy out of playing cards with family and friends or going out for ice cream on a Saturday night, or reading a good book. Master the art of being happy with less and life will get incredibly easy.

How did your profession affect your finances (directly, indirectly)?

Being an IT guy primarily affected my finances by making me a coveted employee. Once I developed top-notch database skills, I had no problem securing employment, promotions, and bonuses. For instance, at my last job, I started off as a data analyst. Then I was promoted to program specialist, and soon after that, I was promoted to program manager. And all because I had a knack for manipulating data, automating tasks, and writing complex SQL.

Would you recommend starters/career shifters to step on this path?

Yes. And it doesn’t take much to see if you have an aptitude for IT field. If you’re a cubicle jockey who primarily answers phone calls and performs data entry, start teaching yourself Excel and Access. And after three months or so of learning the basics of spreadsheets and databases, start trying to automate aspects of your job with Excel, Access, and VBA. It’s a great way to learn something on your boss’s dime and make your job easier. Also, it’s a great way to advance your career. Become good at automating routine office tasks and you will become a very valuable employee.

Did you regret becoming a coder? What would you change?

Hell no! My biggest regret is that I didn’t discover databases and programming sooner.

Start. Download Notepad++ and start coding with Javascript. Go to the W3School and the Khan Academy and start working through the Javascript tutorials. Once you get comfortable with Javascript, move on to PHP or Python. Finally, you should become familiar with databases and SQL. Backend databases hold the world’s data and once you can communicate with databases via SQL, you have all the world’s data at your fingertips. Very powerful. Download the latest express edition of SQL Server from Microsoft and start honing your SQL skills (the express version is free).

Which technology area picks your brain most these days?

I’m out of the IT business these days. I mainly occupy my brain by reading and writing about personal finance. Before I left the workforce in 2016, I was very intrigued by No SQL databases. No SQL databases store data in free-flowing tables. One row might have ten columns and the next row might have twenty columns. Apparently, this kind of storage works better with massive amounts of data than regular SQL databases. You can retrieve your data faster. Anyway, during the last year or so of my career, I started playing around with Mongo, an opensource No SQL database. So if I were still in the IT game today, I would be honing my No SQL skills.

What do you think is the biggest improvement/challenge the IT industry looking forward these days?

Today, it’s much easier to teach yourself and prove to potential employers that you have the requisite skills. And you don’t have to be rich to go the DIY route. When I got interested in databases and coding in the 90s, there was no opensource software, no YouTube, no Khan Academy, no GitHub, no high-speed internet, and no blogosphere. I imagine there were some certifications back then, but I don’t recall any. If people wanted to get a worthwhile IT credential, they had to go to college.

We coders have our eternal debates, let us know which side do you stand?

Would you write a couple of lines of code to present a simple financial principle?

Okay, groovy freedomist, that’s all I got. What say you? 🙂

2 thoughts on “Coders Of Finance – Freedom Is Groovy”